About We Are Diabetes

Get Our Free Toolkit

Initial discussions regarding the overall concept of We Are Diabetes began in the fall of 2011. By January 2012, our official website had been launched and we hit the ground running! Since then, We Are Diabetes has offered the T1D community a type of support that does not exist anywhere else.

We do not claim to have all of the answers, and sometimes getting support isn’t about having the right answer. Sometimes the most helpful and impactful kind of support comes from someone who truly understands what it’s like to live with such a demanding and (mostly) invisible chronic illness.

Our staff have all dealt with the emotional turmoil that can come from living with type 1 diabetes. They have fought hard to regain their emotional and physical health, and are passionate about helping others regain their identity beyond their diabetes

Asha was diagnosed with type 1 diabetes when she was 5 years old. Throughout her childhood, diabetes was simply a way of life because her father had type 1 most of his life as well. She didn’t mind being a little different than her friends and never had a problem explaining type 1 diabetes to anyone who had questions. In fact, diabetes never created an obstacle in Asha’s life until she was old enough to understand that her weight and body size were not completely under her own control. As a dancer, actress and a fitness instructor by the time she was 17, Asha lived for movement and her body’s ability to feel good in its own skin. After reading many articles and books that gave a daunting account of weight gain associated with insulin resistance and diabetes, Asha felt the first stirring of resentment towards a disease she felt was dooming her to an inability to have the physical strength and shape that she knew she deserved and could achieve. And so she started to omit insulin occasionally when it was “necessary” to get things done.

The obsession with maintaining a healthy size and weight while coping with multiple autoimmune disorders (hypothyroidism, polycystic ovary syndrome, as well as type 1 diabetes) became a full-time job for Asha during high school and college. The lack of support for type 1 diabetics was also disheartening as most of the information discussed in the media dealt with type 2 diabetes. Asha began to omit insulin for the purpose of weight control. She also started to rely on the numbing effect of ommission to drown out the daily anxieties that people with chronic illness often battle against. She felt it was a cruel joke to have such a passion for dance and performing and to have to constantly “take it easy” due to her low blood sugars, or worry that she would have one when she was on stage. Skipping her insulin shots, or taking less than required to cover a meal, became second nature to her, and for years she struggled with the cycles of omitting insulin, binging, restricting and swearing never to do it again.

Asha wrestled, off and on, with symptoms of diabulimia beginning in her sophomore year of high school, but it began to truly take over her life in her freshman year of college. By then, it dramatically affected every single choice she made in her life, her relationships and her daily routines. The effort to keep her eating disorder a secret became all-encompassing. It wasn’t until she met the love of her life and was married that she began to consider the idea of seeking treatment for her eating disorder. For years, Asha continued to tell herself that she would stop her dangerous secretive behaviors once she was at her perfect weight. The problem with that, of course, is that there’s no such thing as a perfect weight or a perfect body — and, therefore, no end in sight. Asha soon realized she had no idea how to live without her eating disorder. She knew she could never be the wife and life partner to her wonderful husband, or live a meaningful life, until she let go of her destructive behaviors.

Asha took her first step towards living fully in her life again when she had an initial assessment made at the Park Nicollet Melrose Center in 2009. She was strongly encouraged to check into the inpatient treatment program that very day due to the severity and danger of her out-of-control diabetes. And with that, she surrendered. She went through a year of treatment, starting with two weeks of inpatient care and then moving to weekly outpatient appointments, and finally monthly. Along with the wonderful support she received from the staff at the Melrose Center, she realized how supportive her family and friends could be once she finally shared her difficulties with them. Her life began to churn once again with passion, discovery and joy.

Asha’s life today is new and very different after finally coming to terms with her disorder. She is no longer imprisoned by the numbers on the scale or the fear of food. She lives very happily with her beloved husband who has been her grounding source of support and continues to give her the courage to fight the odds associated with her type 1 diabetes, her recovery, and reminds her of so many reasons to never give up.

Asha works with families, patients, and health professionals across the USA. She uses her personal experiences with ED-DMT1 to offer hope and support to those still struggling. She also establishes relationships with eating disorder facilities and diabetes organizations across the county to help connect people to appropriate care. Asha has presented at NEDA, ADCES, and JDRF, FNCE, among others. 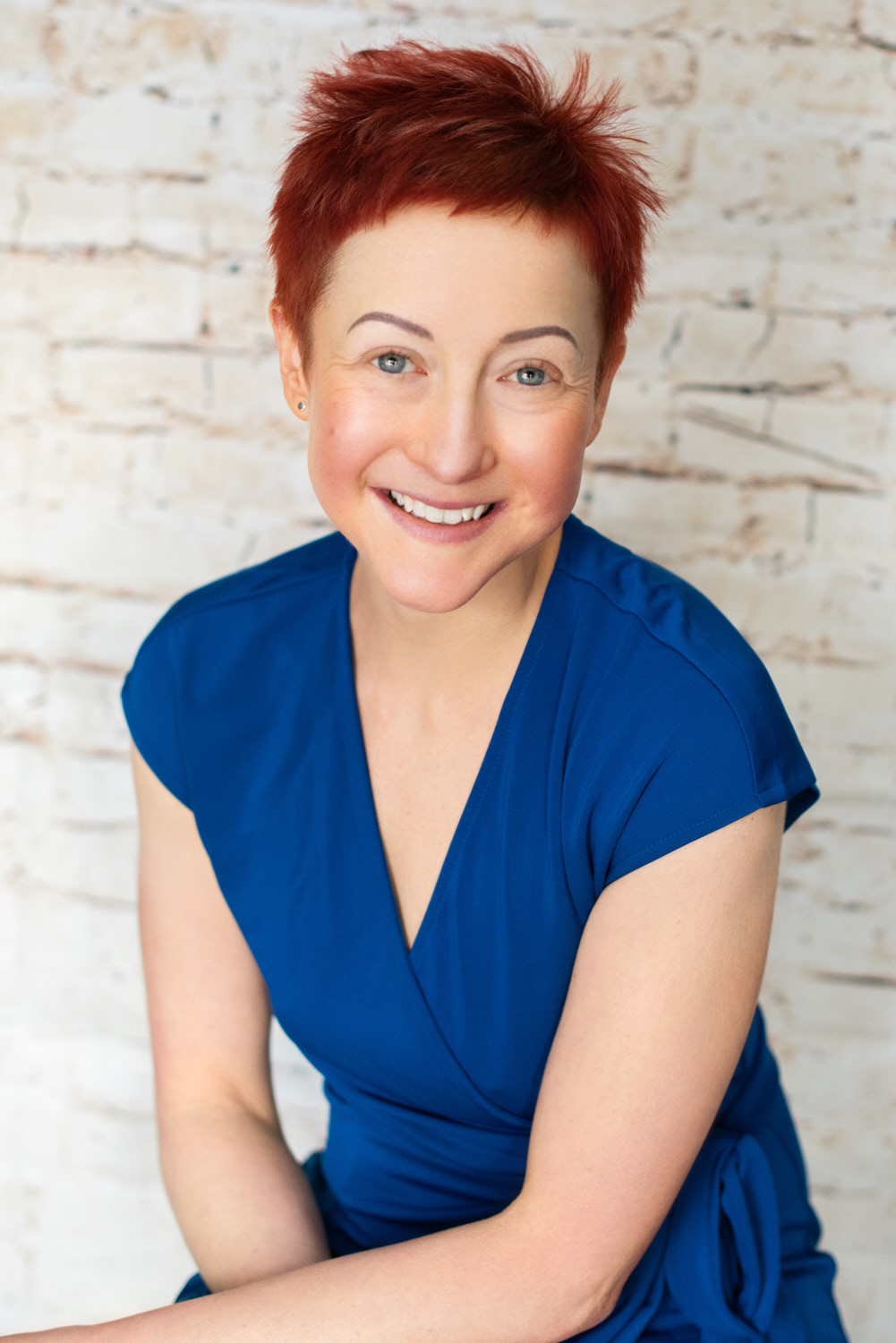 Amy Elizabeth Cox has been living with type 1 diabetes for 14 years and has been in recovery from ED-DMT1 since 2015. She’s an avid reader and has one of the most impressive vocabularies we’ve ever seen. Her insatiable curiosity and loquacious nature make her a quintessential fit for our administrative needs, as well as an ideal representative of our staff’s culture. 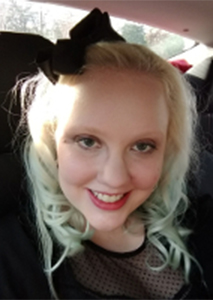 Ginger Vieira has lived with Type 1 diabetes and Celiac disease since 1999, and fibromyalgia since 2014. She is the author of 4 books: Pregnancy with Type 1 Diabetes, Dealing with Diabetes Burnout, Emotional Eating with Diabetes, Your Diabetes Science Experiment. Today, Ginger is the Digital Content Manager for BeyondType1.org. You can find her past freelance work at DiabetesMine, Diabetes Strong, Healthline, InsulinNation, Diathrive, and her YouTube Channel. Her background includes a B.S. in Professional Writing, certifications in cognitive coaching, Ashtanga yoga, and personal training with several records in drug-free powerlifting. She lives in Vermont with two kiddos and her fella, and spends her free-time jumping rope and walking her dog, Petey. 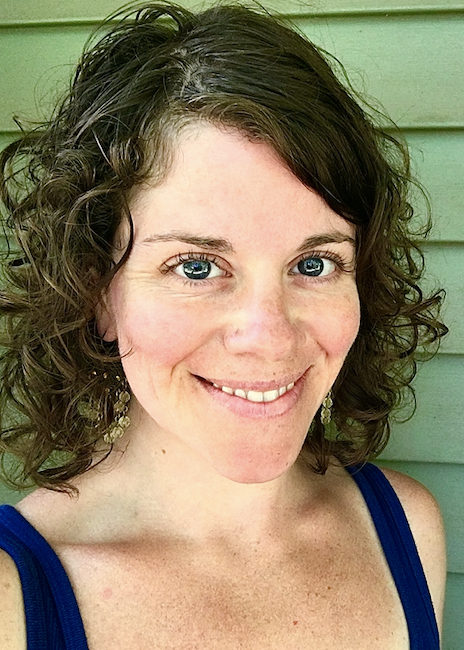 Kathlin Gordon is a Registered Dietitian Nutritionist. She has over 25 years of insulin pump and Continuous Glucose Monitoring technology experience, and specializes in Medical Nutrition Therapy related to diabetes management of Type 1 and Type 2 Diabetes in adults, adolescents and children.

During her undergraduate work she was chosen as one of six graduates in the state to complete her internship through the Virginia Department of Health. At Duke University, she participated in several studies, including Diabetes relevance in Depression and Eating Disorders.

Diabetes research and the use of technology to manage diabetes are special areas of interest for Kathlin. Kathlin is a member of the Juvenile Diabetes Research Foundation (JDRF) where she has lobbied Congress to bring awareness and support to the Special Diabetes Program and the importance of funding research. Kathlin is the Southeast Regional Outreach Representative for We Are Diabetes. She is committed to her patients’ health and wellbeing by helping them maintain the full life they had prior to diagnosis. 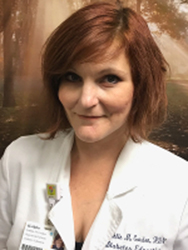 Marina Bonafe is a Psychology graduate and Certified Diabetes Educator located in San Paulo, Brazil. She has been living with type 1 diabetes since 2008, and has been in solid recovery from her eating disorder for over three years. Marina volunteers with the Luiz Capriglione State Institute of Diabetes and Endocrinology (IEDE). She lectures on public health education for people living with diabetes as well as treatment options for the ED-DMT1 community.

During her undergraduate work she was chosen as one of six graduates in the state to complete her internship through the Virginia Department of Health. At Duke University, she participated in several studies, including Diabetes relevance in Depression and Eating Disorders.

Diabetes research and the use of technology to manage diabetes are special areas of interest for Kathlin. Kathlin is a member of the Juvenile Diabetes Research Foundation (JDRF) where she has lobbied Congress to bring awareness and support to the Special Diabetes Program and the importance of funding research. Kathlin is the Southeast Regional Outreach Representative for We Are Diabetes. She is committed to her patients’ health and wellbeing by helping them maintain the full life they had prior to diagnosis. 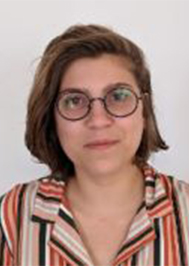